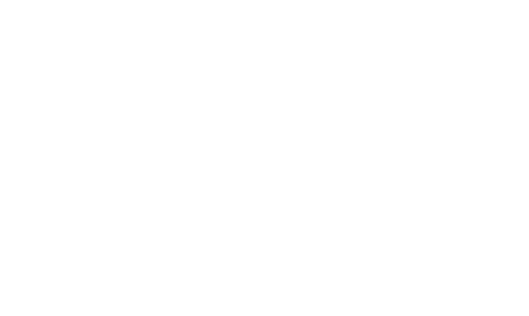 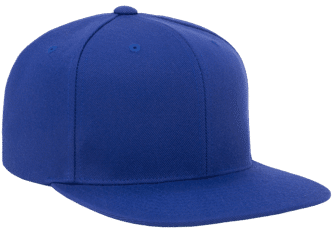 The all time classic. 50+ QuickTurn™ colorways or Private Label for complete design freedom. 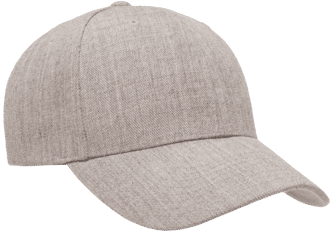 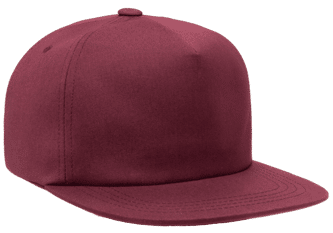 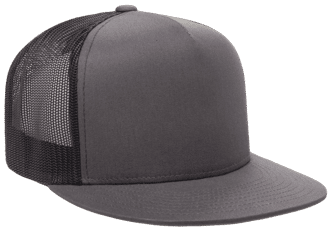 With no front seam these are perfect for more intricate embroidery. 25+ QuickTurn™ colors available. 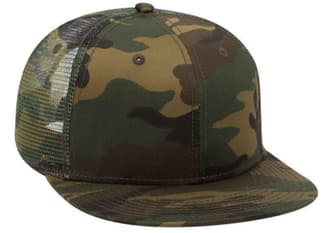 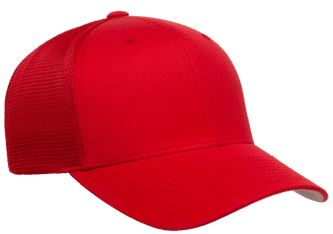 The classic ballcap but with mesh panels for extra breathability. 50+ QuickTurn™ options available.

Acme Hat Co can help with any type of snapback cap and customize the appearance to fit your style. Simply pick your style, the colors you want, and we can add custom embroidered designs for you. 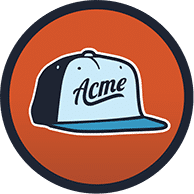 Our QUICKTURN™ program is perfect for smaller batch orders. We source super nice pre-made snapbacks of the finest quality to embroider. Choose the styles, the colors and we’ll embroider your artwork straight onto the hats. With hundreds of styles to choose from there’s something for everybody. With lightning fast turnarounds of as low as a week, you’ll have branded merch in no time. 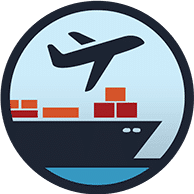 The cut-n-sew program is suited for clients with large order volumes or with design requirements that fall outside of the QuickTurn program. With cut-n-sew orders, you have complete control of the design and options such as private labelling are all possible.  Cut-n-sew projects start at a 72 hat minimum order size and the average turnaround is 4-5 weeks. 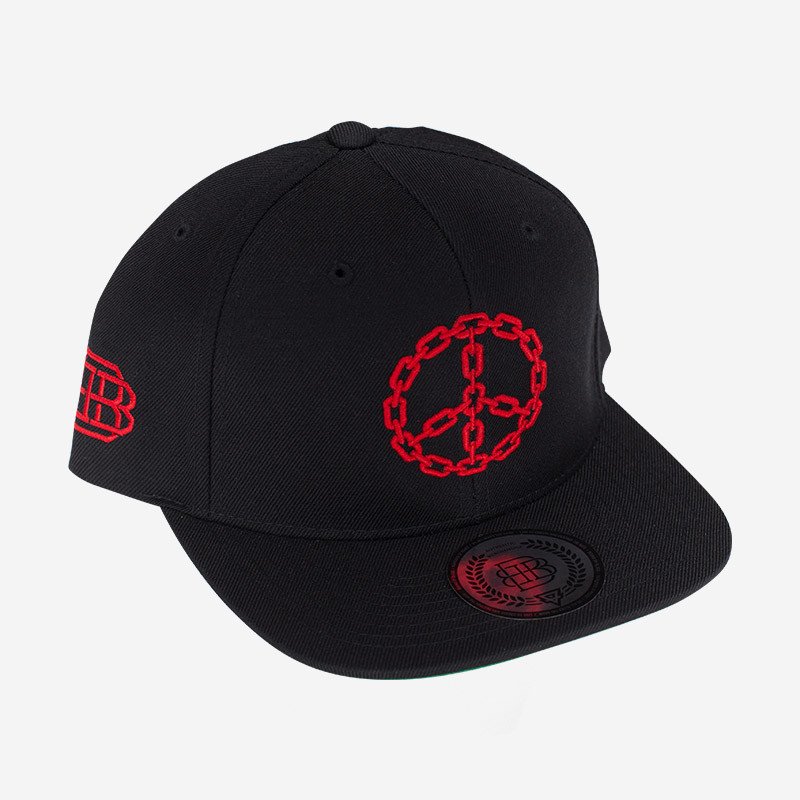 We provide businesses like yours with high quality private label hats for branded gear, events, e-Commerce stores, and more. The way we work is straightforward.

All you need to do is click on the button and fill in the form. Send us your artwork, the hat styles and how many hats you need and we’ll send you a virtual mockup along with a no-obligation quote.

Our QuickTurn™ program offers a lightning quick 10–14 day turnaround time. Your hats will be embroidered by machine at our facility in the USA.

3D puff raised embroidery is included at no extra charge provided your artwork is suitable. We’ll deliver a great product with a fast turnaround time. 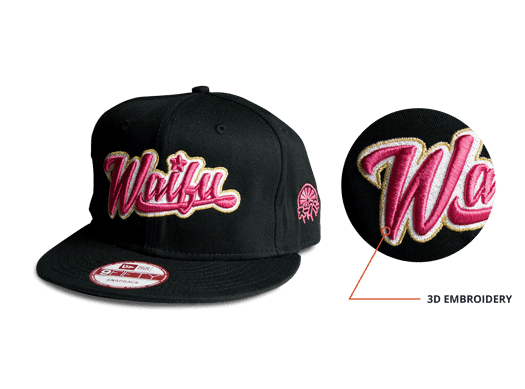 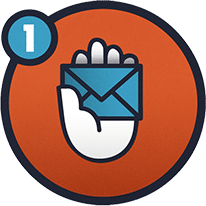 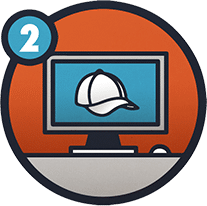 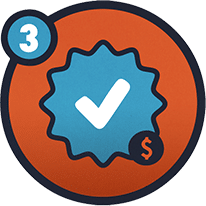 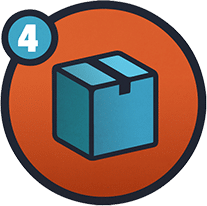 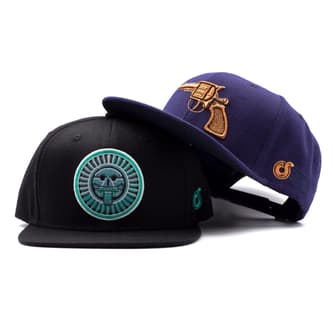 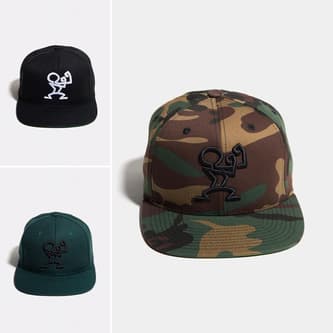 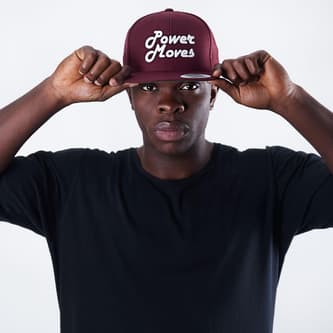 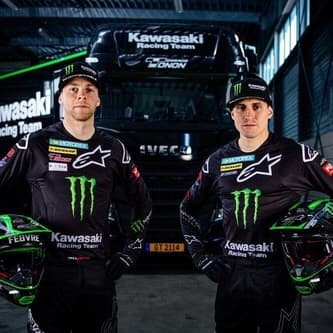 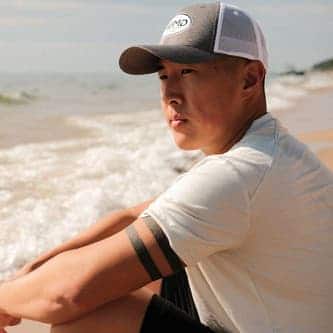 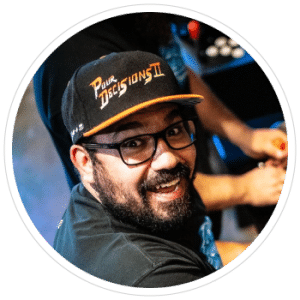 “Mark along with the entire Acme Hat Co crew have been a pleasure to work with on our projects. They guided us through every bit of the customization process and have exceeded all our expectations not only in price, quality, but also customer service. Level up your brand with Acme Hat Co today. “

Turnaround time for the QuickTurn program is as low as 7 days. Standard turnaround is 14 days. Private Label Hats take 4–5 weeks to produce.

Most apparel design is done in Adobe Illustrator. If you’re working with a designer, please ask them to supply the source art.

What is a snapback hat?

The snapback hat is one of the most popular lines of caps. They are sturdy and stylish, with a flat brim, foam front, and a one size fits all adjustable strap on the back. Snapback caps come in a range of styles from a flat bill trucker hat, mesh cap, bill snapback, through to baseball caps.

Snapback caps have a long history in American culture. The first type of hat to gain popularity with a large audience was the classic wool blend baseball cap. The “Brooklyn style cap” as it was then known was being produced from the 1900s. During the late 1940s a rubber visor was added to keep out the sun. This was later replaced with an acrylic visor.

The next big cultural phenomenon occurred in the early 70s with the popularization of trucker caps, worn by people in the haulage industry. Panel trucker caps were sold at truck stops by companies like Budweiser and John Deere. These caps were sold at a time that more and more Americans were hitting the open road in their cars.

You’ll see references to foam trucker caps in popular 80s films like Back to the Future and more recent retro TV series like Stranger Things. Companies used a mixture of screen printing and 3D stitching to add graphics to the front of these eye-catching caps.

In the ’90s, baseball caps broke into popular youth culture off the back of the hip-hop scene.

Famous stars like Tupac and Ice Cube created a look for a new generation.

Today, snapback caps are worn by people around the world. They are a functional fashion accessory used by young and old. The range of styles is continually expanding. You have the snapback trucker cap, back cap, bucket hats, back trucker caps, low profile caps, and more.

What are the most popular types of snapback caps?

Snapback caps are a staple of contemporary smart casual fashion. The trick is to find a hat that suits your personality and style. For example, if you normally wear a t-shirt and shorts around town and you don’t like branded merchandise, you might go for an unadorned baseball cap.

We stock all of the most popular styles of custom snapback hats. You can purchase a trucker hat, flat bill, classic snapback, and more through Acme Hats. Hit us up and make an inquiry to learn more.

Where can I customize hats online?

There are several companies that offer customized hats online. Acme Hats is amongst the market leaders in this sector. We get repeat orders because of our transparent pricing, high-quality hats, and great customer service.

Ordering a hat through Acme is straightforward. Share the design of your hat with us and the number of hats you want. We’ll create a mockup of the hat, so you can see the final design. We’ll also provide you with an estimate and help you pick the right shipping option for your needs.

To make an inquiry, simply click on the button above. We reply to all inquiries within one working day.

What brands of custom hats can I buy?

We offer a large range of well-known brands. Examples of brands that we stock include Yupoong Classics, Under Armour, Sport-tek, Adidas, Richardson, New Era, Carhartt, and more. You can purchase your custom snapback cap in a range of styles, like flat bill snapback caps and with different textures and designs—for example, some clients like cotton twill or cotton mix in one single color.

Where can I customize hats online?

Several companies offer customized hats online. Acme Hats is amongst the market leaders in this sector. We get repeat orders because of our transparent pricing, high-quality hats, and great customer service.

Ordering a hat through Acme is straightforward. Share the design of your hat with us and the number of hats you want. We’ll create a mockup of the hat so that you can see the final design. We’ll also provide you with an estimate and help you pick the right shipping option for your needs.

To inquire, click on the button above. We reply to all inquiries within one working day.

How much does it cost to make a custom hat?

The cost of a hat really depends on what you are after, the order volume, the design, and the fabric. Naturally enough, the larger the order the lower the unit cost. Some costs are fixed. For example, 3D stitching is always going to be more expensive than screen printing. The type of material or the design, for example, cotton twill or a camo design, has a minimal impact on the unit cost.

Get in touch to get a personalized quote on the cost of your snapback hat. We’ll provide you with a mockup of your design, discuss the turnaround time, and provide transparent costing.