Suburgatory is an American television series created by Emily Kapnek.

The series is a hilarious sitcom that follows George trying his absolute best to look after his teenage daughter. After finding a box of condoms in her drawer he decides to move to the burbs! 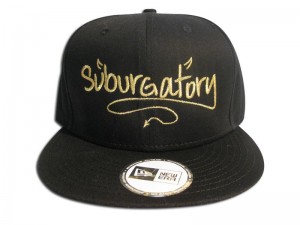 I am not going to lie, there is only one reason this particular blogger was drawn into the series Suburgatory:  Jeremy Sisto.  Jeremy plays George, the father of main character Tessa but even more importantly, a long time ago in the midst of teen years he played Elton Tiscia in Clueless.  I mean who can forget this iconic scene:

Cher: If it’s a concussion, you have to keep her conscious, okay? Ask her questions.
Elton: What’s seven times seven?
Cher: Stuff she knows.

In addition to Sisto, there is the hilarious and sexy Cheryl Hines (think Larry David’s wife in Curb Your Enthusiasm), Alan Tudyk (Knocked Up), SNL alum Ana Gasteyer, and the fabulously witty Jane Levy.  Suburgatory is heart-warming and seriously funny and I cannot get enough of it! 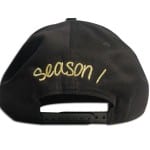 P.S.  Extra special bonus:  Mr. Wolfe, the flamboyant and always upbeat school guidance counselor is played by REX LEE, former battered assistant Lloyd, to Jeremy Piven’s abrasive and egotistical Ari Gold on Entourage.  How can it possibly get any better than that?

Inspiration for Your Store: The 14 Best Baseball Caps

Some fashion trends take off and stay relevant for a few…

The Definitive Guide to the Best Custom 5-Panel Hats

The origin of 5-panel caps may be unclear, but one thing…

The Definitive Guide to the Best Custom Beanies

Beanies are a critical accessory during winter season. In addition to…

Subscribe to our newsletter for awesome pics, discounts & more. No BS, promise!